Getting through most of the popular romantic and thriller dramas we’ve introduced in our previous articles is easy. But to truly earn the title of a K-drama Queen or King, you’ll have to go the extra mile and check off underrated dramas that not a lot of people know about. Here are 20 underrated Korean dramas you’ve got to watch before crowning yourself K-drama royalty. This was Ji Chang-wook’s last drama prior to his enlistment in 2017. Unlike the two action and thriller dramas he’s known for – K2 and Healer – Suspicious Partner is a light-hearted series with only a hint of suspense.

He plays Noh Ji-wook, a prosecutor in charge of a murder case that involves prosecutor trainee Eun Bong-hee, who was framed for the death of her unfaithful ex-boyfriend.

Despite pressure from the prosecutor office to close the case as quickly as possible, Ji-wook eventually finds evidence to prove Bong-hee’s innocence while the real murderer is still at large. As a result of this, he quits being a prosecutor and opens his own law firm.

Years later, the two reunite when Bong-hee gets a job at his law firm. As they set out to track down the real murderer, feelings between Bong-hee and Ji-wook start to grow. What sets Doctor John apart from other medical dramas is the leads’ ability to immerse themselves into the characters throughout this suspense-filled drama.

Cha Yo-han is a talented anesthesiologist who’s quick to diagnose the ills of his patients, while Kang Shi-young is a final-year resident doctor working under Yo-han.

Prior to her residency, Shi-young was working as a doctor in a prison when she first came across Yo-han, who was jailed for euthanizing a patient with untreatable pain.

But having the skills to cure the ills of his patients doesn’t mean that Yo-han is able to do that for himself. As Shi-young works with him, she finds out about a painful secret of his that neither of them can find a cure to. Kang Min-ho used to be a cold-hearted and ruthless investor who didn’t let his emotions get in the way. One day, he suffers from a heart attack and has to receive a heart transplant. After the surgery, his personality takes on a 180° change. Not only is he friendlier to the people around him, he also gets emotional over the slightest things.

Strangely enough, he keeps getting a weird rush of emotions whenever he meets Kim Soon-jung, and that’s because the heart he received belonged to her fiance, who unfortunately passed away. Mother is a heart-wrenching drama sure to leave every viewer in tears. It touches on motherhood and child abuse – both of which are sensitive topics and bound to tug on your heartstrings.

Kang Soo-jin works as a temporary teacher at Kim Hye-na’s elementary school. She realises that Hye-na is being abused by her birth mother back at home, despite her saying otherwise. She decides to kidnap Hye-na and take on the role of her mother, which challenges viewers to think about the true meaning of motherhood and what actually constitutes it. Strongest Deliveryman is a feel-good drama revolving around the lives of two deliverymen, Choi Kang-soo and Lee Dan-ah, as they go about making deliveries to make ends meet.

Unlike Kang-soo who’s always optimistic about his situation, Dan-ah resents her current way of life. But all of these change as the two meet and team up to tackle life’s trials together. Secret Boutique is all about the money, secrecy, politics, and corruption.

Jenny Jang is the proud owner of J-boutique, one of the most well-known high-end fashion houses in South Korea. But her life hasn’t always been this comfortable – she was born into poverty and only rose to fame with the help of an influential woman called Kim Yeo-ok.

With a strong ambition for greater success and wealth, Jenny steps into the tangled world of politics and chaebol families, using her boutique as a front. Kim Moo-young doesn’t remember his past and becomes a suspect for a murder case. But his life starts to pick up when he runs into Yoo Jin-kang, who piques his interest.

Moo-young tries to pursue Jin-kang, but her brother is a detective and disapproves of their budding relationship. The World of the Married is the ultimate makjang Korean drama of 2020. Makjang is a Korean expression used to describe drama plots that are outrageous and dramatic. Revolving around adultery, betrayal, and revenge, every episode of this series is sure to get your emotions riled up.

Ji Sun-woo is the envy of all women. On top of a successful career, she has a perfect family with a good-looking husband and a filial son. But all of these come crumbling down when her husband and her friends betray her.

Follow the drama as Sun-woo sets out to get her revenge on the love of her life and those she used to trust. Most dramas involving reincarnation only feature one reincarnated soul but Come Back Mister ups the stakes by bringing two souls back from the afterlife.

Both Kim Young-soo and Han Gi-tak passed away due to accidents, but luckily for them, they are given a second chance to right the wrongs they committed. Young-soo is reincarnated as Lee Jae-hoon, the dashing young section chief of the department store, while Gi-tak is reincarnated as Han Hong-nam, a young and beautiful woman.

But reincarnation comes with a set of rules and this proves challenging for both, who are already having a hard time adjusting to life with a new identity. A Beautiful Mind draws inspiration from the novel Frankenstein, written by Mary Shelley. Jang Hyuk plays Lee Young-oh, a top-notch neurosurgeon who can’t empathise with people due to a condition.

When a series of mysterious deaths take place in the hospital, he finds himself working together with police officer Gye Jin-sung, played by Parasite actress Park So-dam, to try and uncover the truth. Things take a turn for the worse when people begin accusing Young-oh of being a psychopath due to his inability to feel empathy. Circle is a sci-fi drama that takes place in 2017 and 2037 simultaneously. Starring Hotel Del Luna‘s male lead Yeo Jin-goo, the mind-blowing plot features aliens and alien technology, which is unusual for K-dramas.

In 2017 on Earth, a series of suicides occur in Woo-jin’s university and he discovers that they are linked to an alien named Byul, whom he met as a child. While searching for answers, he comes across Han Jung-yeon, a female undergraduate who resembles Byul. Coincidentally, she’s also looking into the suicides, but she believes those are actually murders.

In 2037, Earth is divided into two – a crime-free “Smart Earth” and a “Normal Earth” where crime rates have skyrocketed. Kim Joon-hyuk, a detective from Normal Earth, tries to break into Smart Earth to reinvestigate the disappearance of a pair of twins in 2017. Chae Do-jin and Han Jae-yi met each other and fell in love when they were younger. However, this encounter was short-lived when Do-jin’s father – a notorious serial killer – killed Jae-yi’s parents.

Determined to turn out different from his father and undo the wrongs he had committed, Do-jin sets his eyes on graduating from the police academy. Meanwhile, Jae-yi is an up-and-coming actress who suffers from a panic disorder due to the incident.

As this pair of ill-fated lovers reunite, they try their best to overcome their tragic fate and rekindle the love they have always had for each other. In Another Miss Oh, Park Do-kyung mistakes Oh Hae-young, played by Seo Hyun-jin, for his runaway bride who shares the same name. As a result, he sabotages her wedding, which leaves her utterly heartbroken.

In a twist of fate, Do-kyung crosses path with this Hae-young, and as they fall in love after learning about each other’s pasts, a new set of challenges crops up. Will Hae-young still choose Do-kyung when she realises that he’s the one responsible for her initial heartbreak? Gil Soo-hyun is a genius detective working for the FBI. He chooses to return to South Korea to work for a special unit called the Special Missing Person Unit, which takes on some of the hardest cold cases. Together with Oh Dae-young, a detective with many years of experience under his belt, the two work relentlessly to mete out justice. 2PM’s Taec-yeon plays Kim Tae-pyeong, who possesses a special ability where he can see when a person dies upon looking into their eyes.

When a serial killer is on the loose, Tae-pyeong offers to help the police by using his ability. However, there’s more to this than meets the eyes when he realises that he can’t see the death of detective Seo Joon-yeong. Chicago Typewriter follows the relationship between three individuals in their past and present lives.

In the present, renowned writer Han Se-joo engages a ghostwriter by the name of Yoo Jin-oh when he meets with a writer’s block. During this time, he also comes across a fan of his, Jeon Seol.

Little known to Se-joo, Jin-oh, and Jeon Seol, their relationships with one another goes way back to the 30s, when Korea was under Japanese rule. As it turns out, their present-day encounter is far more than a coincidence. A recipe for a successful drama goes beyond having a couple with superb on-screen chemistry – you’ll need some bromance to spice things up. Just look at Song Joong-ki and Jin Goo in Descendants of the Sun, and Gong Yoo and Lee Dong-wook in Goblin.

In Man to Man, you’ll witness a budding bromance as celebrity Yeo Woon-gwang engages bodyguard Kim Seol-woo for his security.

Unknown to Woon-gwang, Seol-woo is actually an undercover NIS agent. His mission proves harder than expected – on top of his growing bromance with Woon-gwang, he also finds himself falling for Woon-gwang’s manager, Cha Do-ha. Song Geu-rim works for a radio station as an assistant writer and her lifelong dream is to become the main writer for her own radio programme. But when the show she’s in charge of is on the brink of cancellation, she needs to find a way to keep the ratings up. In order to save the show, she decides to cast a top-star, Ji Soo-ho. Shin Joon-young and Noh Eul were classmates before going their separate ways. Years later, Noh Eul becomes a producer while Joon-young is living the life as a celebrity.

The two reunite when Noh Eul is tasked with producing Joon-young’s personal documentary. They get off to a rough start as Joon-young is unwilling to proceed with the filming. Eventually, he acquiesces in order to spend more time with Noh Eul and win her over.

All goes according to plan until Joon-young falls ill with a terminal disease, which forces him to reconsider having Noh Eul by his side. Shin Ji-hyun meets with a car accident the day before her wedding and slips into a coma. A grim reaper tells her that she’ll not be taken to the afterlife if three people shed genuine tears for her in the next 49 days.

In her quest to achieve this, she possesses the body of Song Lee-kyung, the woman who attempted to commit suicide and inadvertently led to Ji-hyun’s car accident. What starts off as an easy task proves too much to handle when her memories slowly return to her over the next few weeks and she realises that her life prior to the accident was actually far from perfect.

Underrated Korean dramas you have to watch

Drama, drama, drama – is there really something as too much of it? Well, other than making sure you take a break or two in between episodes and keeping an appropriate distance away from the screen, we don’t see why you shouldn’t indulge in these 20 underrated Korean dramas.

Check out these articles about Korea: 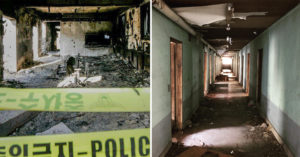 8 Haunted Places In South Korea You Didn’t Know Existed
10 Upcoming Korean Dramas That K-Drama Fans Are Looking Forward To In The 2nd Half... 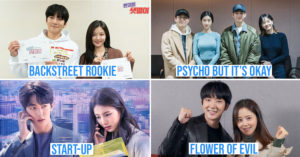