In the latest Bangtan Bomb episode, the members of BTS were shown chowing down on Mexican food from Chipotle during their lunch break amidst filming for a segment on The Late Late Show, hosted by comedian James Corden.

The members were eating the food with gusto – especially the youngest member, Jungkook. He cutely mispronounced Chipotle as “Chicotle” as the members were not familiar with the restaurant at first. J-Hope similarly thought he heard “Chocolate” instead of “Chipotle”. In between mouthfuls of food, Jungkook even said that he would eat Chipotle everyday. Hours after the Bangtan Bomb was uploaded, Chipotle took to their Twitter account and renamed themselves as “Chicotle”. The restaurant also retweeted a video of Jungkook mispronouncing Chipotle’s name, so it is safe to say whoever’s behind the Chipotle Twitter account is an ARMY too. With Jungkook’s stamp of approval, BTS’s passionate and ardent fan base started clamouring for Chicotle.

It’s not the first time BTS has expressed their love for food, and their influence is clear as companies often benefit from the group whenever the members mention liking a product or brand. This is BTS’ world and we are all just living in it, so Chipotle who? We only know Chicotle. 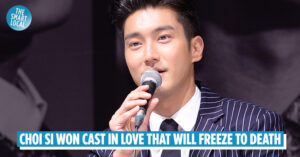 Choi Si-won Offered Role In Love That Will Freeze To Death, A Rom-Com Based On A Real Story
SHINee’s Minho Becomes The AI Guide Of Gwanghwamun Tourism, Can Talk In 4 Languages 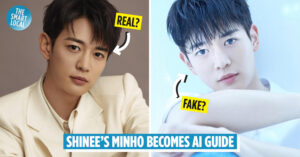