Ikseon-dong is immensely popular for its hanok houses, and the past and the present meet here to become a trendy spot for locals and foreigners alike. Songam Inn, an oriental pub and restaurant with a colourful history, is one of the hottest places in Ikseon-dong.

Used to serve the Elites In the 1960s, Songam ranked as one of the top three entertainment bars in South Korea. Its reputation was upheld as high-ranking political officials, including South Korean presidents, visited the place. Following the collapse of Ikseon-dong in the 1980s, Songam was reduced in size and popularity. However, through the “Ikseon-dong Hot Spring Village” project, Songam was reborn as “Songam Inn.”

Revamped as a dating hotspot Today, Songam Inn is known as an ideal dating hotspot for couples. The hanok structure, rich history and warm ambience of Songam Inn offer a fresh and unique experience to lovebirds who find themselves stumped by the questions “What should we do?” and “Where should we eat?” The floating boat and bridges across the pond at the centre of the restaurant serve as the main photo zone of Songam Inn. You get to enjoy a breathtaking view of the place as you walk along the bridges. When the sun sets, lanterns that surround the place begin to light up and create a completely different atmosphere from the day. You can enjoy this hidden view from a rooftop bar on the third floor of Songam Inn. The spicy octopus okonomiyaki is Songam Inn’s best-selling dish, so give it a shot if you’re down for some spice. Each okonomiyaki dish comes with a portable gas stove, and this gives a personal touch to your eating experience as you can cook it according to your own preference. If you’re feeling fancy, opt for the premium iron grill dishes. You can choose between steak and gopchang, both priced at KRW38,000 (~USD33.65). Each dish can serve up to two people.

Songam Inn allows you to experience the intertwining nature between traditional architecture and modern culture of Korea. While this place is a hotspot for the younger generation, it’s also open to anyone with an eye for aesthetics and a keen interest in fusion cuisine.

Reservation is strongly encouraged – you can do so via Naver Booking. 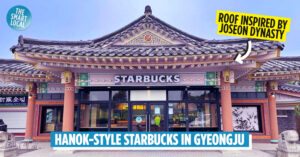 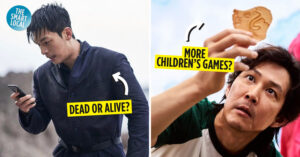