“When everything falls apart, the real plan begins.” It’s true folks, Money Heist Korea is returning with Part 2, and the characters are now left to pick up the remnants of the mess they created in the first part of the series. Netflix finally revealed the poster on a fine Wednesday morning, giving us one more reason to press on amidst our laboured routine.

Sequel to Part 1 of Money Heist 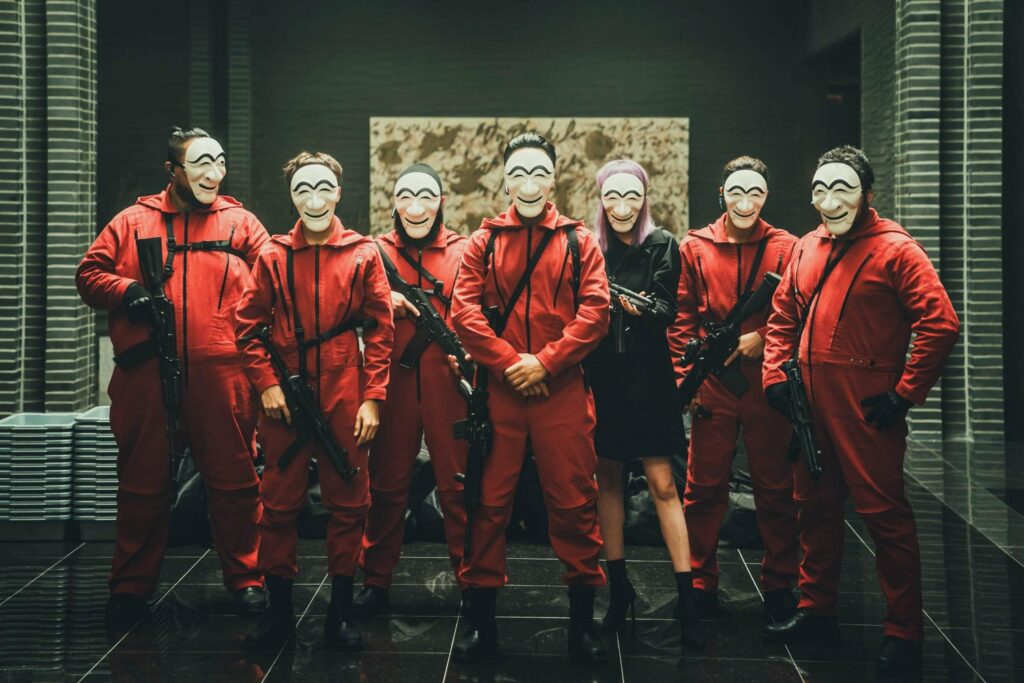 Adapted from the Spanish series of the same name, Money Heist: Korea – Joint Economic Area Part 1 was released in the first half of 2022. Despite the high-pressure anticipation of fans around the world, the series managed to meet all our expectations and started off on the right foot with an impressive performance. It topped the Global Top 10 TV (Non-English) charts on the global giant streaming platform, which is a feat considering the amount of content Netflix launches every month.

Though a few months have passed since Part 1 ended, some of the viewers are still unable to wrap their heads around the concluding scene. Thankfully, Netflix unveiled the posters for the upcoming Part 2 of the series, giving us hope that the sequel will answer all our burning questions.

Part 2 marks the finale of the series, and we can’t help but await the final showdown with high hopes. 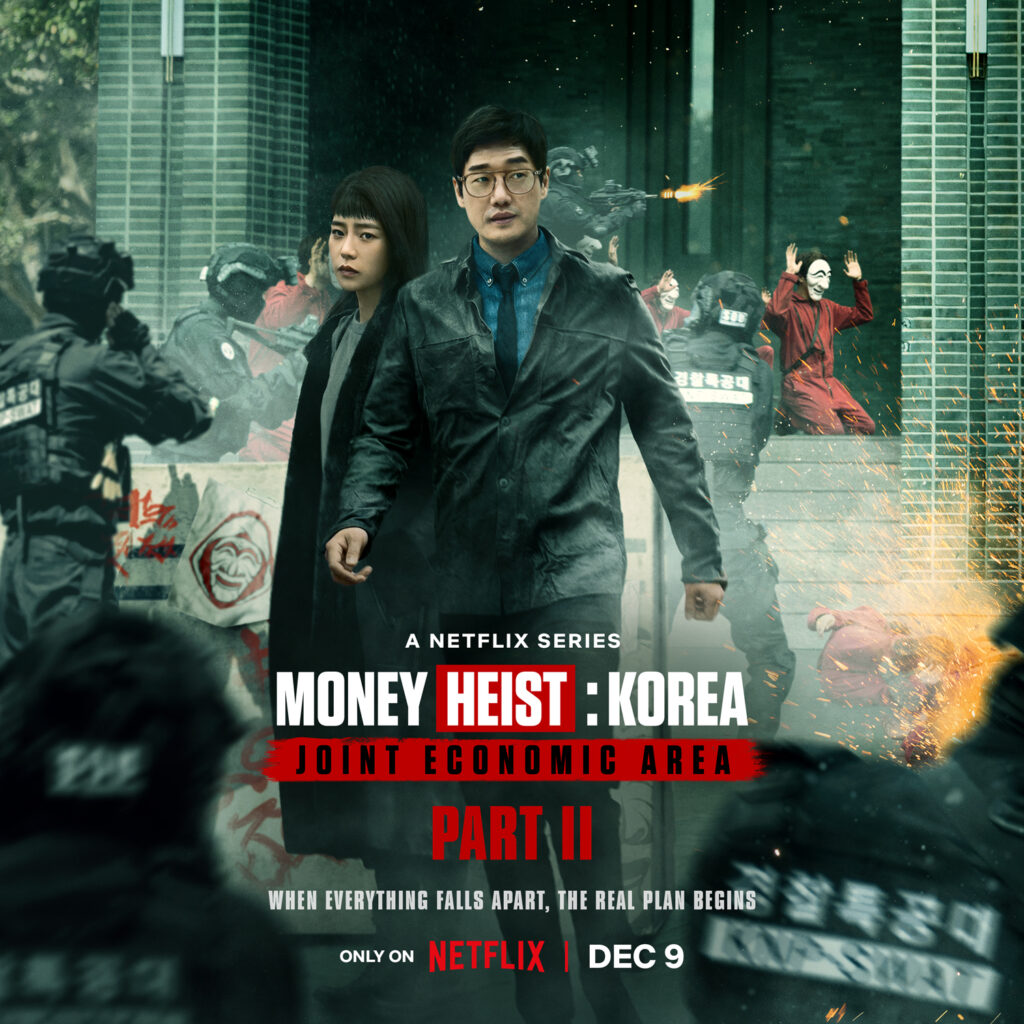 By the look of the posters, Money Heist Korea Part 2 already looks promising, and we can surmise that it’s going to be an action-packed series with plenty of brutal yet exhilarating scenes. 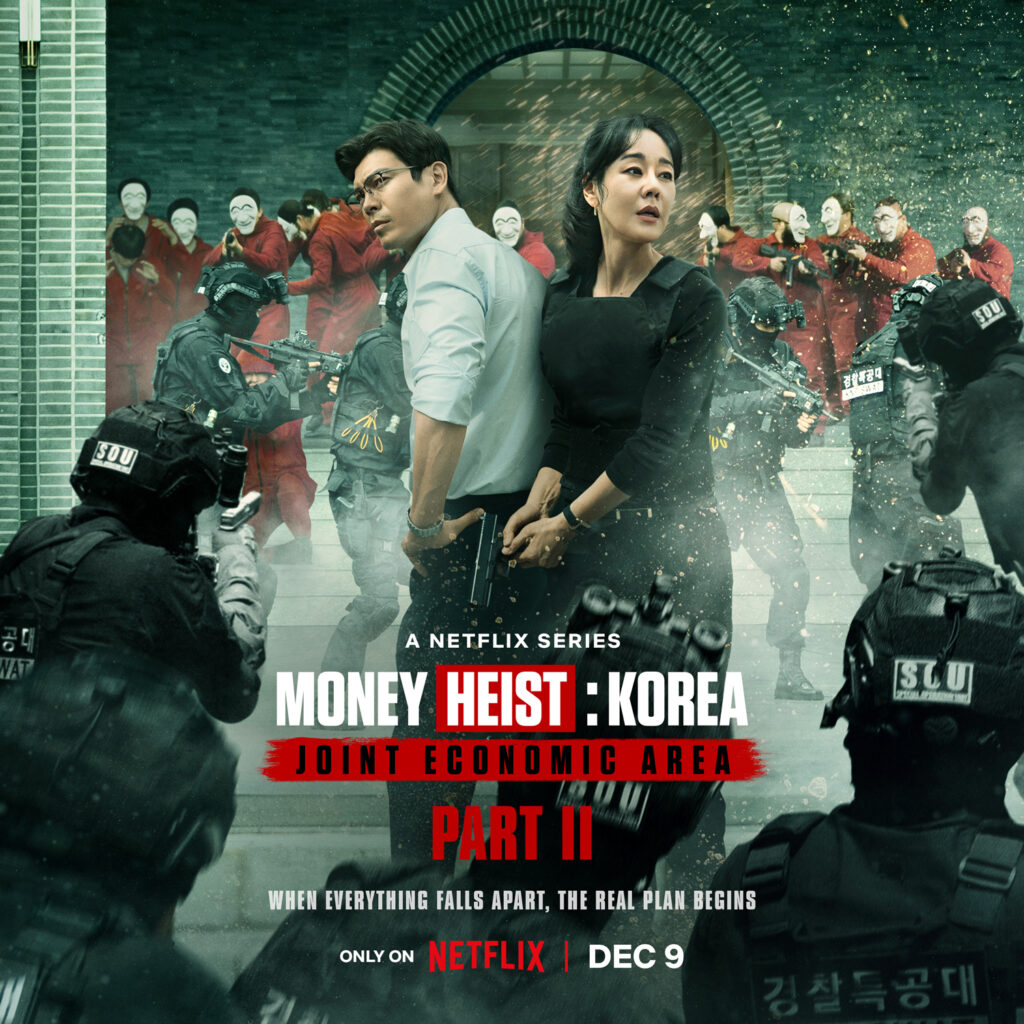 Netflix gave us a sneak peek into what will transpire in the upcoming series, which is slated to air on 9th December 2022. The Professor, otherwise known as the mastermind behind the heist, will go to extremes for his team.

His sidekicks Berlin and Tokyo will put their lives on the line to escape the mint in the midst of a gunfight.

The upcoming series might just offer the closure we needed, but it’s also time to brace ourselves for the last lap of Money Heist Korea. Let us enjoy the ride while it lasts, aight? 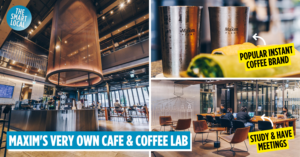 Maxim Plant: 5-Storey Coffee Lab That Has A Terrace & Meeting Room Where You Can Rise & Grind
9 Vata Facts About The Viral “New Thing” Choreographer From Street Man Fighter 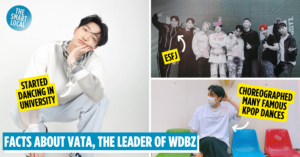