Seo In-guk facts you should know

Seo In-guk has captured the hearts of viewers with his charisma and portrayal of Myul Mang. He was part of popular dramas such as Reply 1997 and The Master’s Sun, and Doom at Your Service has placed him in the spotlight once again. To allow you to get to know him better, here are 9 Seo In-guk facts that you should know, including his singing background and past relationships.

1. He debuted as a singer Seo In-guk has not released any new songs for a long time, so there may be people who don’t know that he is also a singer.

In-guk won Superstar K with the song Calling You in 2009. You can watch his performance here.

In 2010, he released his first album, Just Beginning. The title song is Love U, and you can watch the music video here.

His last album was a Japanese album called Hug, released in 2014. From 2015 to 2017, he released a series of singles: Seasons of the Heart, BeBe, and Better Together.

It’s been a long time since his last release, but we won’t have to wait much longer – Seo In-guk will be participating in the OST for Doom at Your Service, but the title of the song has yet to be revealed.

2. He was exempted from the military Seo In-guk’s military exemption was controversial, and he received backlash for it.

He delayed his military service twice, in 2015 and 2016, citing a medical condition called osteochondral lesions, which affected the cartilage in his ankle.

In 2017, he fractured his ankle just a few days before his enlistment, which resulted in a re-examination of his condition. It was later revealed that In-guk would be exempted from military service because of his medical condition.

News that In-guk had purposely avoided enlistment started to spread. It was reported that he knew about his condition in 2015 but did not seek treatment, knowing that it would allow him to be exempted.

However, his agency clarified that In-guk did not intend to escape from military service and he insisted on enlisting, only to realise that his medical condition really did not allow him to do so. In 2017, Seo In-guk and Park Bo-ram were revealed to be in a relationship. In-guk’s agency confirmed the rumour.

Park Bo-ram is a singer who participated in Superstar K Season 2 and came in 8th place. Afterwards, she participated in a number of variety and music shows, including Hello Counselor, King of Mask Singer, and One Night Food Trip.

Allegedly, they developed a close relationship after Bo-ram’s mother passed away, as In-guk was supporting her during that tough period of time.

However, the couple broke up 2 years later. The reason for the breakup was not revealed.

4. He thinks he shares perfect chemistry with Park Bo-young During a press conference for Doom at Your Service, Seo In-guk revealed that he shares great chemistry with his co-star, Park Bo-young.

That’s because their acting styles are similar, and both of them are putting in their best effort for the drama. In-guk described their chemistry as “perfect”.

Based on the first few episodes of the drama, we can see that the duo does indeed have perfect chemistry, and we are excited to see Myul Mang and Dong-kyung’s relationship blossom.

Even when they aren’t filming, Park Bo-young and Seo In-guk seem to get along well.

Bo-young revealed that In-guk drew a picture of her while filming Doom at Your Service. She mentioned this while decorating cards with In-guk. You can watch the fun video here.

Unfortunately, the drawing has not been revealed, but we hope to see In-guk’s drawing of Bo-young one day!

5. His ideal type is an intelligent woman In an exclusive interview with ONE TV ASIA, Seo In-guk was asked about his ideal type and whether he would date an older woman. In The Master’s Sun, his character, Kang Woo, falls in love with an older woman, Tae Gong-sil.

Seo In-guk believes that love has no age boundaries. As for his ideal type, he values intelligence over looks. In an interview with GQ Korea, Seo In-guk revealed that he likes to eat fried chicken whenever he feels stressed.

He tends to avoid alcohol because he knows that he will probably end up drinking too much.

Aside from chicken, he also likes to eat sweet things, such as chocolate.

7. He thinks his dimples are more charming than his mole Seo In-guk is blessed with unique and attractive facial features. On top of his dimples, he also has a mole right under his left eye.

When asked to choose between his mole and dimples, In-guk said that he thinks his dimples are more charming.

The reason is because his dimples only appear when he smiles, so there’s a “wow” effect. His mole is attractive, but it’s always visible.

8. His nickname was “Psyduck” in school When he was in high school, he gained the nickname “Psyduck” because his friends thought he resembled the character.

In-guk believes it’s because of his short philtrum, which causes his upper lip to protrude a little.

However, he’s not sure if he likes being called “Psyduck” because he doesn’t think it’s a good nickname. Seo In-guk grew up in Ulsan, where it’s warmer than cities such as Seoul.

Ulsan hardly snows even in winter, so In-guk wasn’t used to the cold winters in Seoul when he first moved to the capital.

Given a choice, he would choose to go on a vacation at a warm place. It seems like his favourite season would be summer.

These 9 Seo In-guk facts are merely a taster of what’s to come – cheers to going down a rabbit hole of In-guk’s interviews and variety shows over the years.

Doom at Your Service is still airing, but with its current popularity, we believe that the drama will be even more successful. We are rooting for Seo In-guk and hope he gets more opportunities for lead roles in dramas. 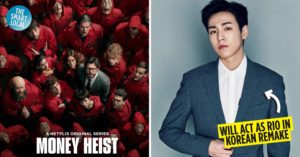 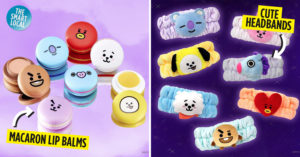