On 6th July, Han So-hee’s agency, 9ato Entertainment, confirmed that she has received an offer to star in a film called Gentleman. As one of the hottest actresses this year, this piece of good news comes as no surprise.

If she accepts the offer, this will be her 1st lead role in a film.

Gentleman is a film about a private investigator’s case

Not much of the plot of Gentleman has been revealed, but we know that the movie is about a case that a private investigator is working on. So-hee will be playing the role of a prosecutor in the movie.

Aside from Gentleman, So-hee is also in talks to star in Gyeongsang Creature, which is a thriller drama. The booked-and-busy Han So-hee recently wrapped up filming for Nevertheless, a romance drama that is currently airing.

Ju Ji-hoon is also in talks to star in Gentleman Ju Ji-hoon has also received an offer to play the male lead in Gentleman. If he accepts, he will be taking on the role of the private investigator, who is obsessed with being suave.

Ji-hoon recently finished filming an upcoming drama called Cliffhanger, which will start airing on 23rd October. He is well-known for his role as crown prince Lee Chang in Kingdom, and crown prince Lee Shin in Princess Hours, an iconic drama that aired in 2006.

Han So-hee to star in Gentleman

So-hee and Ji-hoon are known for their acting prowess, so if both of them accept the lead roles in Gentleman, we’re sure that the movie will do well.

We are rooting for So-hee and hope that she continues to get more opportunities in future! 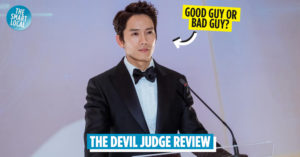 The Devil Judge Review: A Morally Grey Drama Reminiscent Of The Dark Knight
Taxi Driver Season 2 May Air In 2022, Won’t Be Long Till We See Rainbow... 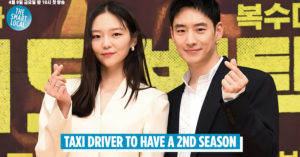