On 21st March 2022, tvN announced that OH MY GIRL’s Arin and Yoo In-soo from All Of Us Are Dead will be joining the cast of the upcoming drama Return.

Return is set in a fictional country called Dae-ho, and it tells the story of characters whose lives become complicated due to a magic that can switch people’s souls.

The drama is quickly drawing attention as it was written by the famed Hong Sisters, also known as the brains behind the popular dramas My Girlfriend is a Gumiho and Master’s Sun. Return will be directed by Park Jun-hwa, who previously worked on What’s Wrong With Secretary Kim and Touch Your Heart. Arin, who made her acting debut in the web drama The World of My 17, will play the role of Jin Cho-yeon, the youngest daughter of the Jin family and a popular celebrity in Dae-ho.

Jin Cho-yeon is glamorous and dignified on the surface, but in reality, she has a childlike and bubbly personality. Yoo In-soo, also known as the actor who played the bully Yoon Gwi-nam in All Of Us Are Dead, will be showing a contrasting personality in Return. He will play the role of Park Dang-gu, the successor of Songrim, the largest company in Dae-ho.

Even though he is part of the top one percent of wealthy people in Dae-ho, he is more interested in partying and rumor-mongering than in his business classes. Shin Seung-ho on the left, Yoo In-soo in the middle, and Hwang Min-hyun on the right
Image credit: @k.a_innsoo

Fun fact: Yoo In-soo, Hwang Min-hyun, and Shin Seung-ho – who’s also starring in Return – are good friends IRL, and they even went to the All Of Us Are Dead pop-up event in Seoul together.

With two more familiar faces joining the cast of Return, coupled with an unconventional plot and interesting characters, there is much to anticipate about the fantasy romance drama.

While there is no confirmed broadcast date yet, fans can expect the drama to start airing in the latter half of this year. Keep up to date with news on Return by following tvN’s Instagram account and Twitter account. 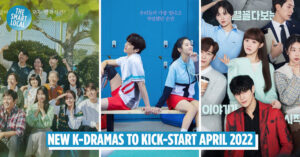 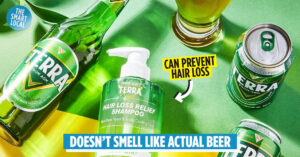