All Of Us Are Dead review

Just when we thought Squid Game was the peak of Netflix Korea, All Of Us Are Dead entered the arena and proved us wrong. If you enjoy an action-packed series that makes you question your moral compass and keeps you on the edge of your seat, our review on All Of Us Are Dead may come in handy. This article contains spoilers. On the surface, All Of Us Are Dead seems like a zombie-centric show that merely focuses on death and survival. However, this show also grapples with several persistent challenges in Korea while raising profound questions for the viewers to ponder at the end of the series.

The show sheds light on some of the most pressing social issues in Korea, including school violence, sexual assault, digital crimes, and the lack of accountability. In fact, the premise of this series is based on the relentless fight between the predator and prey since the zombie outbreak stems from the “prey” defying the “predator” in society.

One fundamental issue discussed in the show is school violence. In All Of Us Are Dead, the bullies take extreme measures in pursuit of their quarry, such as verbally abusing or sexually assaulting them.

Some viewers may think that these scenes have been dramatised for the sake of the show, but unfortunately, school violence in Korea remains a matter of grave concern.

In recent years, more victims have taken a step forward to call out Korean celebrities, such as Stray Kids’ Hyunjin and Sky Castle actor Kim Dong-hee, to take responsibility for their wrongdoings. Apart from school violence, the issue of accountability is also central to the show.

Oftentimes, questioning the ones in authority opens up a can of worms, and no one enjoys debating who should be held responsible in times of a crisis because there seems to be no “right” answer.

But this series forces us to face uncomfortable truths. Ultimately, it aims to criticise adults who shirk their responsibilities while expecting others to carry the burden when things go haywire. The scene depicting the students leaving a video message to their family members dredges up memories of the Sewol ferry disaster which enraged the nation in 2014.

As the ferry was sinking, hundreds of high school students recorded their goodbyes and sent their farewell texts to their loved ones.

2. Taught us essential life skills in case of an unprecedented crisis A zombie apocalypse sounds unrealistic to us – at least for now. We may never get to apply the essential life skills we learnt from the hit Netflix show, but hey, there’s no harm in learning something new.

When the virus began to spread at the beginning of the series, the high school students had to make do with whatever they had in the classroom.

Those stuck in the broadcast studio classroom had to come up with a makeshift toilet.

On-jo, the daughter of a firefighter, led and guided her friends. She taught them to make use of basic items, such as sponges, a mop head, and steel cabinets, to build a temporary toilet. One of the most frustrating yet emotional scenes in the show
Image credit: @netflixkr

As the saying goes, “teamwork makes the dream work.” This scene highlights the importance of teamwork, which is an indispensable life skill everyone must possess as humans are social beings by nature.

Some may say it’s cringe-worthy, but the zombie series highlights the significance of sympathy and sacrifice in a life-and-death situation.

3. Minimal reliance on CG thanks to solid zombie performances There’s something about Korean zombie films and shows, such as Train To Busan and All Of Us Are Dead, that makes the zombie performances look and feel extra realistic.

After all, the actors had to learn zombie choreography to ensure that their performances were top-notch.

Even the preschool children who starred in the series had to learn how to carry out a realistic zombie performance!

You can watch the practice video here: On top of that, the attention to detail in the sets made the series feel and look real. The library, sports hall, rooftop, the classrooms – you name it, they killed it.

The high school set was built from scratch for filming purposes, and we only have two words: worth it.

Despite the young cast, the actors and actresses invoked a wide range of emotions in the viewers. From grief and loss to growth and love, their superb acting made us reflect on what it means to be a selfless individual.

What could be better

1. Diverges from the original webtoon

Since the Netflix series was adapted from the 2009 Korean webtoon of the same name, there were bound to be differences in terms of plot development and portrayal of characters.

One of the most striking differences is the time period. In the original webtoon, the story is set between 2009 and 2011, while the Netflix series is set in 2021. This explains the cutting-edge technology shown in the drama, such as the use of drones. Another difference between the webtoon and the Netflix series is the portrayal of Choi Nam-ra.

In the series, Nam-ra is depicted as a hostile character who’s hard to approach. But the original webtoon portrays her as an easy-going person who doesn’t struggle with getting along with her classmates as much as she does in the show.

Also, Nam-ra eventually gets rescued in the webtoon, but the Netflix series leaves the audience hanging without giving a proper closure.

You may be surprised to know that in the original webtoon, Nam-ra and Su-hyeok are depicted as friends, and nothing more. However, the Netflix series illustrates a romantic relationship between the two.

There are conflicting opinions about the romance element in All Of Us Are Dead, with some viewers rooting for the couple, and others criticising that it was an unnecessary addition.

2. Excessive use of vulgarities that was uncalled-for Netflix is one of the few platforms that give Korean shows more leeway in terms of censorship. Perhaps this explains why several characters in All Of Us Are Dead hurl vulgarities in every single episode.

While swearing is an effective way to convey emotions such as fear and frustration, it can also interfere with the overall dialogue when used excessively.

On the one hand, swearing depicts the general behaviour of high school students in Korea, and it could have been used as a way to make the show more realistic and relatable.

But on the other hand, dialogues could have used vulgarities in moderation so that it doesn’t become gratuitous and meaningless.

All Of Us Are Dead overall review: suffering, survival & sacrifice

At first blush, All Of Us Are Dead may seem like just another fight-or-die zombie series. But it ultimately encourages the audience to think about what it means to be a true friend, and makes us ponder the importance of accountability in times of crisis. 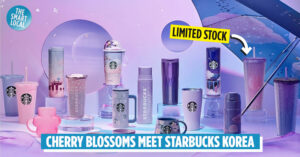 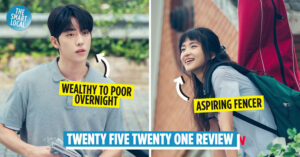