The Baeksang Arts Awards is one of the most esteemed award ceremonies in South Korea, so even getting nominated is a big deal. On 12th April, the 57th Baeksang Arts Awards released the list of nominees for this year, which only includes those who acted in dramas aired between 1st May 2020 and 11th April 2021.

All the categories have well-deserving nominees, and competition for the awards will be stiff. In particular, the “Best New Actor” category has strong contenders. Song Kang, Lee Do-hyun, Kim Young-dae, Na In-woo, and Nam Yoon-su have been nominated – and for fans who’ve loved their dramas, it’s almost impossible to choose a winner as they all have great potential. Of course, the current darling of Netflix is on the list. Song Kang was nominated for his lead role as Cha Hyun-su in Sweet Home.

Hyun-su is a high school student who barely interacts with people. After his family dies in a car accident, he moves into a new apartment where he encounters people turning into monsters. This strange phenomenon spreads throughout Korea, and Hyun-su teams up with his neighbours to survive.

Song Kang’s portrayal of Hyun-su gained the attention of viewers, and he quickly rose to fame. He also starred in Love Alarm seasons 1 and 2, as well as his latest drama, Navillera. In Love Alarm, he takes on the role of high school student Hwang Sun-oh, and in Navillera, he plays the role of an aspiring ballet dancer, Lee Chae-rok. Lee Do-hyun co-starred with Song Kang in Sweet Home as Lee Eun-hyuk, but he was nominated for his lead role in 18 Again.

He starred as the 18-year-old version of Hong Dae-young in 18 Again. Hong Dae-young is a married man in his late 30s with 2 children. His life goes downhill when he gets fired from his job and he finds himself on the verge of a divorce. However, his regret ends up bringing him back in time. He is 18 years old again, and he decides to change his name and start afresh.

Lee Do-hyun’s performance as young Hong Dae-young was noteworthy, and his roles in both Sweet Home and 18 Again propelled him to fame. Kim Young-dae was nominated for his breakthrough role as Joo Seok-hoon in Penthouse, one of Korea’s hottest dramas.

Joo Seok-hoon is a high school student who is a talented pianist. He is the son of Joo Dan-tae and comes from a rich family who lives in the penthouse unit of a luxurious apartment building. Seok-hoon is a bully who initially picks on a girl named Bae Ro-na, but he gradually starts to take a romantic interest in her.

Young-dae was praised for his portrayal of Seok-hoon in Penthouse seasons 1 and 2, but he was also recognised for his earlier lead role as Oh Nam-joo, a popular high school student who is the leader of a clique named “A3”, in Extraordinary You.

Na In-woo in River Where the Moon Rises Na In-woo is among the 5 nominees for the “Best New Actor” award, and many will agree that he deserves a medal for “saving” River Where the Moon Rises. After Jisoo left the drama, In-woo took up the challenge and accepted his role, even though it meant that he had to quickly pick up from where Jisoo left off.

In-woo plays the role of On Dal, whose quiet life gets shaken up by princess Pyeong Gang. On Dal is the complete opposite of Pyeong Gang – he is not as ambitious as she is, and definitely not as extroverted. But opposites attract, so he ends up falling for the princess and supporting her mission to rule Goguryeo.

Before taking on this role, In-woo gained recognition for his role as Kim Byeong-in, the Queen’s cousin, in Mr. Queen. Nam Yoon-su was nominated for his role as Kwak Ki-tae in Extracurricular, a high school drama that explores darker themes about the objectification of women rather than the usual teenage romance.

Kwak Ki-tae is a class bully and game addict who picks on the main character, Oh Ji-soo. Ki-tae’s girlfriend, Seo Min-hee, participates in compensated dating to buy expensive things and pay for his gaming addiction.

Yoon-su showed great potential in Extracurricular and will be taking on a lead role in the upcoming drama Affection, alongside Park Eun-bin and Ro Woon.

Netizens struggle to decide who should win

Faced with such a strong list of nominees for the “Best New Actor” award, netizens are stumped and debating over who should win the award.

One netizen feels that Lee Do-hyun should win the award. The comment says, “Song Kang, Kim Young-dae, Lee Do-hyun are all good actors, but based on acting ability, it will be good if Lee Do-hyun receives the award.”

Another comment says, “Song Kang or Lee Do-hyun, but Song Kang is a bit stronger.”

One netizen said that she fell for Song Kang, Yoon-su and Young-dae this year, which is quite relatable.

The 57th Baeksang Arts Awards to be held on 13th May

The 57th Baeksang Arts Awards will be held on 13th May with no audience, and will be aired live on JTBC at 9pm KST.

We will be keeping our eyes peeled for updates on the winners. But no matter who wins the “Best New Actor” award, all 5 of the nominees above have proven themselves to be capable actors, and we look forward to seeing them in more dramas. 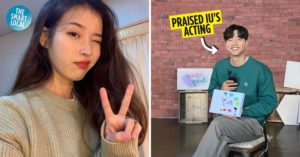 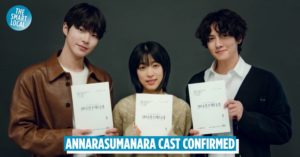