Hwang In-youp fans are in for yet another treat as he has been confirmed to be part of the cast of the new fantasy Netflix series Annarasumanara. The official English title of the drama is The Sound of Magic.

Popular webtoon that got adapted into a play The drama is based on a Naver webtoon series of the same name, written by Ha Il-kwon.

The webtoon revolves around Yun Ai, who dreamt of becoming a magician. However, she had to put her dreams on hold to become the sole breadwinner of her family. One day, she stumbles upon Lee Eul in an abandoned theme park and her life hasn’t been the same since. She later introduces magic to her classmate, Na Il-deung, a student who only knows how to study but not socialise. He discovers how fun magic can be and simultaneously picks up social skills.

The series was so popular that it got adapted into a play, and now into a drama series. The producer and writer for Annarasumanara previously worked together on Love in the Moonlight, which starred Park Bo-gum and Kim Yoo-jung.

The cast members of The Sound of Magic Images adapted from: @jichangwook and Webtoon

Ji Chang-wook will play the magician Lee Eul. As Ji Chang-wook is known for his lead roles in thriller dramas, as well as having impeccable comedic timing, we can’t wait to see how he brings this character to life. Choi Sung-eun will take on the role of Yun Ai. She has displayed potential in her recent drama series Beyond Evil, which was nominated for the upcoming 57th Baeksang Arts Awards. Hwang In-youp, one of the hottest Korean heart-throbs of the moment, will be playing Na Il-deung.

His character is strikingly different from the bad boy roles he’s played in True Beauty and 18 Again. Na Il-deung is a class monitor who always tops the cohort in every subject.

Hwang In-youp has finally ventured into channelling good boy energy in this upcoming Netflix series. We can’t wait to see how Annarasumanara will turn out and how the characters will bring us on a magical ride.

Check out these articles: 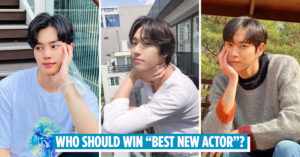 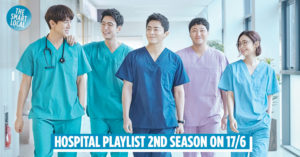