Contrary to popular belief, Korean dramas set in the workplace don’t just talk about office romances. Some also offer an insightful perspective of working life and the dilemmas faced when chasing one’s dreams. Workplace Korean dramas can be cathartic for viewers as they watch characters overcome hurdles in their journey to success and achieving what they set out to do.

You’re not alone if you’ve just finished Start-Up and are looking for a similar drama to watch. Or, you may be wondering what’s all the hype about. Hence, we’ve put together 11 workplace Korean dramas, including Start-up, that will inspire you to chase your dreams. Misaeng: Incomplete Life depicts the everyday life of office workers, offering a detailed portrayal of the corporate world and the hardships faced. The drama unpacks the stories of individuals living “incomplete lives” and explores what it takes to make one’s life fulfilling.

Jang Geu-rae (Im Si-wan)’s childhood dream was to be a professional baduk player. However, he fails to achieve this dream and ends up taking on an office job at One International. Together with Ahn Young-yi (Kang So-ra), a fellow new employee, Geu-rae navigates through the trials and tribulations of office life as they try to please their boss.

The slice-of-life drama is filled with a good mix of humour, relatable characters, and heart-wrenching moments. Pinocchio follows the everyday life of Choi In-ha (Park Shin-hye) as she fulfils her lifelong dream of being a trustworthy reporter.

In-ha suffers from a fictional condition called “Pinocchio syndrome”, which causes her to hiccup whenever she tells a lie. Meanwhile, Choi Dal-po hides behind a shabby appearance to mask his true identity as Ki Ha-myung, an intelligent and sharp man. Both of them become news reporters.

The drama highlights the moral dilemmas faced by news reporters, and the main characters constantly find themselves torn between reporting for impact versus the truth. The Producers gives viewers a behind-the-scenes peek into the action of the broadcasting industry, specifically the production of variety shows. The drama sends strong messages about friendship, fame, and support systems.

If you loved Kim Soo-hyun in It’s Okay To Not Be Okay and would like to see him play a more light-hearted and comedic role, give this drama a go. Radiant Office highlights the woes of finding employment and the difficulties faced when transitioning to a new work environment. The slice-of-life drama tells a warm story about persevering through trying times.

Eun Ho-won (Go Ah-sung)’s many failed attempts to find a job leads to her attempting suicide. While recovering at a hospital, she learns that she may be terminally ill.

Just when she’s about to completely give up on life, she lands herself a job. Ho-won decides to enter her new workplace with a positive and passionate attitude, determined to do her best alongside her co-workers of different ages and backgrounds. Fight For My Way was one of the best-loved K-dramas in 2017 due to its lovable characters, relatable life situations, and comedic interactions. It tells the story of 4 childhood friends who decide to chase after their dreams as they grow older.

The drama not only showcases the determination behind getting one’s dream job and the arduous journey it takes to get there, but also draws on the themes of friendship and love. Strongest Deliveryman revolves around the everyday life of delivery workers and shows how they move up the socioeconomic ladder.

Go Kyung-pyo plays Choi Kang-soo, a deliveryman who dreams of owning his own delivery app company, while Chae Soo-bin plays Lee Dan-ah, a delivery worker who is focused on earning money so that she can reach a higher socioeconomic status. Both of them navigate through societal pressures to achieve their goals while fighting to become the “strongest deliveryman”.

Meanwhile, if you’re still suffering from second male lead syndrome after watching Start-Up, this drama will let you catch Kim Seon-ho in his first main role. He plays Oh Jin-kyu, a rich yet independent man who values self-achieved financial stability. Search: WWW portrays the tough lives of strong career women in the IT industry.

The story revolves around 3 women in their late 30s – Bae Ta-mi (Im Soo-jung), Cha Hyeon (Lee Da-hee) and Song Ga-kyeong (Jeon Hye-jin) – who all work in top web portal companies. The drama’s narrative is built upon a woman’s perspective, offering a realistic depiction of what it means to be a 21st-century woman who chooses her career over being a wife or mother. Itaewon Class was one of the biggest dramas of 2020 thanks to its meaningful plot and depiction of societal issues, such as racism and gender discrimination.

Park Sae-royi (Park Seo-joon), who owns a bar-restaurant called DanBam (Honey Night) in Itaewon, drives the action in this drama. His main goal is to become a successful business owner as a part of his revenge plan to beat a food conglomerate.

The story is centred on the DanBam team members, who learn the importance of teamwork and acceptance of diversity as they grow the business together. Record of Youth is an inspirational drama about how it’s possible to achieve one’s dreams through sheer determination and effort.

The drama follows Sa Hye-jun (Park Bo-gum), a model who dreams of becoming a successful actor, and Ahn Jeong-ha (Park So-dam), a makeup artist who is a fan of his. As Hye-jun and Jeong-ha work towards their individual goals in the showbiz business and makeup industry respectively, they find out what true friendship and romance mean. The bulk of the action in Start-Up is set in an incubation centre called Sandbox, which helps to grow businesses in their infancy.

After successfully getting into Sandbox’s residency program, the team works towards innovating a new AI project under the mentorship of Han Ji-pyung (Kim Seon-ho), a team leader with a strong investment background.

The drama showcases the rigour of growing a start-up company and the various obstacles that one faces in becoming a successful entrepreneur. Run On talks about the blossoming love story between 2 couples from diverse backgrounds.

Meanwhile, the second couple comprises Seo Dan-ah (Choi Soo-young), the CEO of a sports agency who faces gender discrimination in the course of inheriting her father’s company, and Lee Young-hwa (Kang Tae-oh), an art major in university.

The drama recently started airing and is available on Netflix with English subtitles.

The workplace dramas on our list all feature meaningful plots that will inspire you. After finishing these dramas, go through our list of best 2020 Korean dramas to catch up on what you’ve missed. Meanwhile, be sure to mark down these new 2021 Korean dramas that will start airing soon.

Check our other K-drama articles: 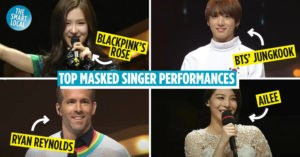 9 Top Masked Singer Korea Performances, According To YouTube Views
20 Best Korean Dramas Of 2020 That Will Bring You Tears, Joy & Laughter 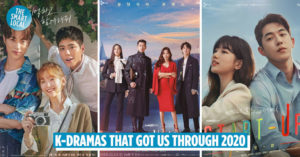