As Korea’s representative alcoholic beverage, soju is loved by both locals and fans of K-culture worldwide. It’s cheap, relatively strong, and considered a must-try when visiting Korea.

The most recognisable soju brands in Korea are Chamisul and Chum Churum, from Seoul and Gangwon Province respectively. However, there are actually numerous regional brands beyond those two, each with distinct features that add to the drink. As such, we’ve put together a list of soju brands in Korea that are worth trying. Famous amongst locals and internationals alike, Chamisul is currently the top-selling distilled liquor in the world. It is no wonder then that Koreans call it gukmin soju (national soju).

Back in the day, the law mandated that alcohol companies were allowed to produce soju in only one city or province and had to sell at least half their stock there. This meant that it was difficult for a company based in a certain city to sell its products in another part of the country.

Jinro – which manufactures Chamisul – dominated Seoul. This made it easy for the brand to quickly spread to the rest of the country after the law limiting production and sale of soju in multiple cities was lifted.

The brand claims to use 100% natural ingredients and only natural vegetable additives. Chamisul prides itself on its clean taste, created by filtering the alcohol through bamboo charcoal at least 4 times. Based in Gangwon province, Chum Churum easily spread to the capital city when national distribution of soju became legal. Today, it is the second most widely sold soju brand.

Chum Churum means “like the first time” in Korean, and the name is meant to encourage consumers to treat each day like a fresh start. Suzy poses with the caption, “It always feels like the first time.”
Image credit: ChosunBiz

This brand of soju is made using alkaline water enriched with minerals. This supposedly makes the alcohol easier to drink, leading to less of a hangover. As the largest distillery in Busan, Daesun’s main line of soju was initially simply named after the company. This was eventually renamed C1.

C1 is made with natural bedrock water from Mount Samgak-san, giving it a clean aftertaste. The soju also includes aspartic acid, a type of amino acid that supposedly helps people feel better after drinking. It is one of the smoothest soju available as the alcohol is aged using a process involving sound vibrations. C1 has an alcohol content of 18%.

Yipsejoo uses clean mineral water from a 235m-deep well in Southern Jeolla Province. This then undergoes several rounds of filtration to obtain a pure and fresh taste.

The brand’s claim to fame lies in the addition of organic Canadian maple syrup, which explains the logo used. The syrup acts as a natural sweetener – the more you shake the soju, the sweeter it becomes. Good Day is another brand that sources its ingredients from the mountains. It uses naturally alkaline mineral water from Jirisan, supplemented with amino acids for health benefits.

The brand is produced by Muhak, which is headquartered in Changwon. Its sales are also high in neighbouring regions such as Busan, Ulsan, and Gyeongnam. Back then, it was difficult to find Good Day outside of university districts in Seoul as soju with lower alcohol content was only popular with students. However, this is no longer the case – you can easily purchase Good Day at most convenience stores today. For their more health-conscious consumers, the brand has added asparagine, a type of amino acid that is used in the metabolism of toxins, to alleviate hangovers and protect their livers. It also helps that its alcohol content is only 17.5% – a fair bit lower than some other brands on this list.

Cool Cheongpung is currently only available for purchase in North Chungcheong.

In North Gyeongsang and Daegu, Kumbokju’s Delicious Charm dominates as a homegrown brand. Their soju is made only with pure grains such as rice, barley, sweet potatoes, and tapioca that hail from the countryside.

What’s most charming about this brand is that they add xylitol – a type of artificial sweetener – into their soju to improve its taste. Nicknamed “oxygen soju”, O2Linn sets itself apart as a large amount of oxygen is dissolved into the alcohol. This supposedly shortens the hangover recovery period and instead invigorates the consumer. O2Linn says, “Consumers will get up 30 minutes earlier due to 3 times as much oxygen.”
Image adapted from: 피키픽처스 Piki Pictures

Coupled with a low alcohol content of 16.9%, this soju is the go-to choice for many women in the region.

While it has been rebranded as Yije Woorin (Now We Are), it’ll always be “oxygen soju” in our hearts. Having Hallasan on Hallasan in the winter
Image credit: gabezrh

If you’ve ever been to Jeju, chances are you’ve come across these clear bottles of soju. Named after the highest peak in Korea, Hallasan soju is filtered through charcoal made from trees grown on its namesake mountain.

The undiluted alcohol is first frozen to remove impurities and unrefined fragrances, making it one of the smoothest soju on the market. Don’t be fooled by its pure flavour though – the original version of Hallasan has the highest alcohol content at 21%. Those who prefer something lighter can try the mild version containing 17% alcohol. From left to right – Kumbokju’s Soju King, Muhak, and Jinro is Back
Image adapted from: BUSINESSplus

While not exactly a brand per se, newtro-style soju has been gaining traction in South Korea recently. “Newtro” refers to a fusion of “new” and “retro”, with an aim to reinterpret the old to reflect the new.

Several brands brought back newtro versions of discontinued soju, branding them with distinctive logos from the ‘70s – Hite Jinro’s Jinro Is Back has its iconic toad character, while Kumbokju’s Soju King Kumbokju is emblazoned with its old king logo. Muhak also introduced their own newtro soju called Cheongchun (youth).

These newtro iterations come in transparent blue bottles, which were used in the past before brands switched over to the green ones you see today. Soju brands in Korea besides Chamisul

While soju may be a national drink, the different regional soju brands in Korea have each produced their own version which reflects the regions’ unique characteristics. So the next time you’re in a particular province, give their local brand of soju a try. 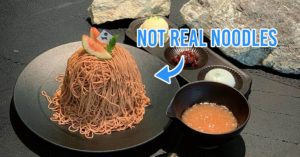 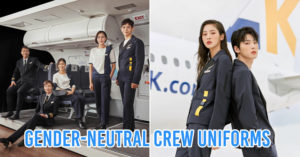