On 3rd May, Korean beauty platform PowderRoom announced a collaboration between Samsung and Laneige. The collaboration comprises the latest Samsung Galaxy Buds Pro and the Laneige Neo Cushion in a beautiful metallic purple casing.

What to know about the Samsung X Laneige collab

The collaboration set will include 1 pair of Samsung Galaxy Buds Pro earbuds and a Laneige Neo Cushion Matte in the shade N21.

It is significantly cheaper to purchase them through this set. Samsung Galaxy Pro Buds and Laneige Neo cushion will usually cost KRW239,800 (~USD213.33) and KRW25,000 (~USD22.24) respectively if you get them on their own. Images adapted from: LANEIGE and LANEIGE

When Laneige first released the Neo Cushion in 2020, many were impressed by the casing as it seemed to look like a tech product, instead of being a makeup item.

The simple rounded square casing was something that made the Laneige’s cushion stand out from its competitors as cushions sold on the market are usually circular.

Previously, Samsung has collaborated with sportswear brands such as Fila and Adidas to release limited edition merchandise for the Galaxy Buds Pro. K-pop sensation BTS has also collaborated with Samsung to release a special edition of the Galaxy S20+, which included BTS’ official logo and signature purple heart engraved on the back of the phone, limited edition photocards, and stickers. They also released a BTS-themed Galaxy Buds. Recently, the band promoted the latest Galaxy Buds Pro in a proposal-themed commercial.

Where to purchase Samsung & Laneige’s collaboration The pre-sale will be held on Naver Shopping‘s live stream event. You can stand a chance to win prizes such as a Laneige sample kit, membership points on PowderRoom, and even a wireless microphone.

On the day of its official release, the collaboration set will be sold in limited quantities on the official Samsung website, AMOREPACIFIC’s website, and the Powder Room store.

This unexpected collaboration between the 2 Korean brands is worth looking out for. Get the best of both worlds with Laneige’s Neo Cushion to keep your makeup flawless on the go, and jam to your favourite tunes with the latest Samsung Galaxy Pro Buds. 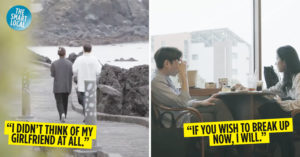 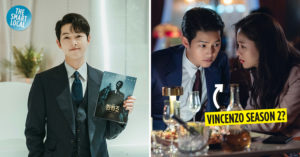