On 24th May, it was reported on news site Sports Chosun that Hwang In-youp has been offered to play the male lead in the upcoming drama Why, Oh Soo-jae?

Previously, Kim Young-dae was in talks to play the male lead, but he declined it due to a conflict in schedule.

Fans of In-youp are excited as this will be the 30-year-old’s first lead role if he accepts the offer.

A professor and a student fall in love with each other Why, Oh Soo-jae? is a romantic drama about the relationship between a professor and student in the Law faculty of a university.

Seo Hyun-jin will take on the role of Oh Soo-jae, an adjunct professor in Seojung University who suffers from self-esteem issues, until she meets Gong Chan.

Hwang In-youp will play Gong-chan, a first-year Law student at the same university. The couple first met outside the university setting, when Gong Chan was falsely accused of something. The context of their first meeting is not revealed in the synopsis.

Later, he reunites with Soo-jae at the university, and the 2 of them work together to confront “evil”. The challenge that they will be facing is also not revealed yet.

Why, Oh Soo-jae? is written by Kim Ji-eun, who wrote Cheongdam-dong Scandal, a soap drama that aired in 2014.

Hwang In-youp is a rising actor, most well-known for his role as bad boy Han Seo-jun in True Beauty. He also had a recurring role in 18 Again as high school bully Goo Ja-sung.

In-youp’s most recent project is Annarasumanara, an upcoming Netflix series about magic. He will star alongside Ji Chang-wook and Choi Sung-eun as Na Il-deung, a class president and top student who slowly gains social skills after being introduced to magic.

Hwang In-youp has a lot of potential, and we are looking forward to seeing him act in his first lead role.

Why, Oh Soo-jae? will air next year. The release date has not been confirmed. 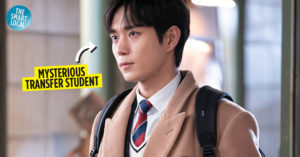 Kim Young-dae Confirmed To Star In “School 2021”, Drama Will Air In 2nd Half Of 2021
Lee Seung-gi & Lee Da-in Reportedly Dating, Have Been Together For A Year 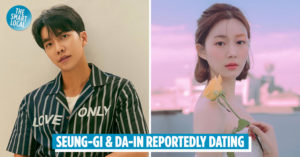