All Of Us Are Dead season 2

On 7th June 2022, Netflix Korea surprised millions of fans by announcing that the zombie series All Of Us Are Dead is confirmed to return with season 2.

With the way key cast members such as Park Solomon and Cho Yi-hyun captivated the audience with their performance in season 1, it’s no wonder that season 2 of All Of Us Are Dead is highly anticipated.

Story will pick up from season 1 The first season of All Of Us Are Dead concluded on a cliffhanger as viewers are still uncertain if some characters are dead or alive.

Good news – we will finally find out what happened to these characters in season 2 of All Of Us Are Dead!

If you need to refresh your memory on what went on in season 1, you can click here to read our review of the first episode. Alternatively, you can check out some interesting facts that will hype you up for season 2 here. It seems like Netflix is out here to play with our feelings as not much information about season 2 has been released.

However, Netflix hinted that the story of Hyosan high school students will further unfold in the sequel. Perhaps this implies that we can look forward to meeting the cast that stole our hearts again!

All Of Us Are Dead season 2 is finally happening

We expect many internal screams from fans who enjoyed the zombie series that made waves on the Internet. While we wait for the grand arrival of season 2, let’s make a guess on who we think will return – be it as a human being or… a zombie. 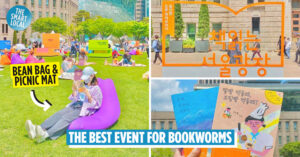 Seoul Outdoor Library: An Outdoor Library Where You Can Read On Bean Bags, Open Till 29th Oct 2022
Happy House Santorini: A Holiday Pension That Will Transport You To Greece 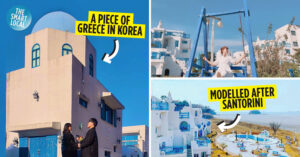