All Of Us Are Dead facts

Quickly establishing its spot as the #1 trending series on Netflix, All Of Us Are Dead – the series about high school students struggling to survive in a zombie-infested campus – has taken the world by storm. Here are 12 fascinating facts about All Of Us Are Dead that will demonstrate how this series is a true masterpiece.

1. The school uniforms are green to make blood stand out The director of the series, Lee Jae-kyu, revealed that green was chosen as the colour of the students’ school uniform as it brings out the colour of bright red blood best.

Green and red are opposite hues on the colour wheel, which means that the costume choice can quickly capture the attention of viewers.

Meticulous details like the colour of the uniform reveal just how much thought was put into the production of this series. Although the duo are rivals in the show, Yoo In-soo and Yoon Chan-young are actually close friends in real life.

Their friendship is especially unexpected since their characters are sworn enemies, with Yoon Gwi-nam journeying through hell and high water just to get revenge on Lee Cheong-san. In an interview with Netflix Korea, Yoon Chan-young mentioned that he and Yoo In-soo live close to one another, and they had a heart-to-heart talk under the stars on one of their days off.

Their close relationship explains their immaculate chemistry on set, and they are truly #friendshipgoals.

3. The Netflix series is an adaptation of a famous Korean webtoon All Of Us Are Dead is a series based on a 2009 webtoon titled Now At Our School, by Joo Dong-geun.

The Netflix series is similar to the storyline of the webtoon, but small changes were made to give the characters more depth, and to make the series more relatable for modern audiences. Before filming All Of Us Are Dead, Yoon Chan-young and Lee Yoo-mi read the webtoon together, and they were more intrigued when they heard that the series was going to be directed by Lee Jae-kyu, who also directed the dramas The King 2 Hearts and Beethoven Virus. As All Of Us Are Dead features numerous action scenes, the actors had to go through a gruelling three months of martial arts training for the series.

The effects of the training were so intense that the strong and dependable Park Solomon had to lie in bed for three days, and even needed acupuncture to alleviate the pain. Yoo In-soo shared that he, Park Solomon, and Yoon Chan-young had to undergo separate training sessions, and often practised for hours.

And although Yoo In-soo is actually afraid of heights, he still managed to jump off bookshelves measuring three metres in one action scene.

5. Park Ji-hu was the only high school student IRL Although all of the cast look like they are in their late teens, only Park Ji-hu, who played Nam On-jo, was still in high school at the time of production.

According to Cho Yi-hyun, who played Choi Nam-ra, Ji-hu used to tease the other cast members by calling them “uncles” and “aunties” as she was the youngest of the lot. The 18-year-old Park Ji-hu mentioned that at the time of the production, she was still in junior high school and had to constantly switch between her real uniform and her costume, which was also a school uniform.

Park Ji-hu is currently majoring in Theatre and Film at Hanyang University, where Yoon Chan-young is also enrolled.

6. The Hyosan High School building was a set The Hyosan High School building was actually a four-storey, 100m-long set that the production team built from scratch.

The school was constructed with details such as a library, science lab, and a music room to make the setting more realistic.

The set was also enhanced with CGI, and had us almost completely fooled as it looked just like a real school. However, some netizens have criticised certain scenes for having odd lighting that made it obvious that the exterior of the building was a set. 7. The actors had to learn zombie choreography If you think that acting as a zombie is easy, think again. A dancer and an actor-turned-choreographer had to train the actors to become zombies to ensure that the scenes were realistic and believable.

The actors had to go through long hours of intense training, and they had to rehearse it over and over again to perfect their zombie moves.

Watch this video here to see how the actors practised the choreography: 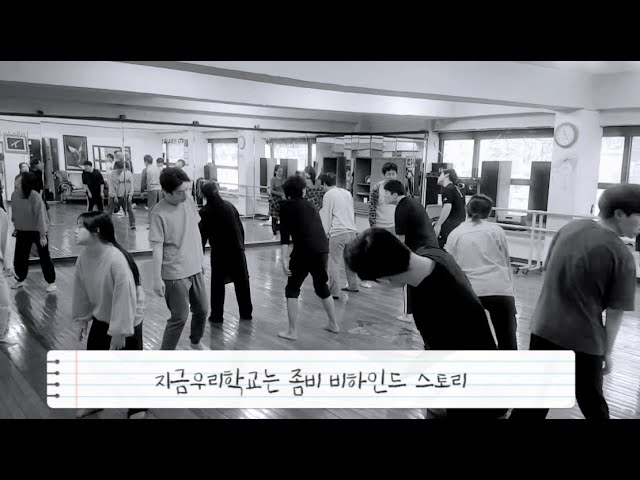 8. The cafeteria scene was filmed in one take The iconic cafeteria scene was actually shot in a single take and involved over 200 crew members and actors.

Although it was difficult, the director insisted on using a one-take technique to preserve the authenticity of the actors’ emotions as the cafeteria scene was when the students first encounter the zombies en masse.

The actors and crew members spent the entire day rehearsing and preparing for this single scene, just to ensure that it was executed perfectly. The director also revealed that many improvisations were allowed during the filming process, and how the actors acted and reacted in the cafeteria scene shifted the storyboard.

The slippery floors in the cafeteria added to the chaos and realism in the scene, and all that the cameras did was try to capture how the actors reacted.

Check out this video to watch an interview with the director of the series: 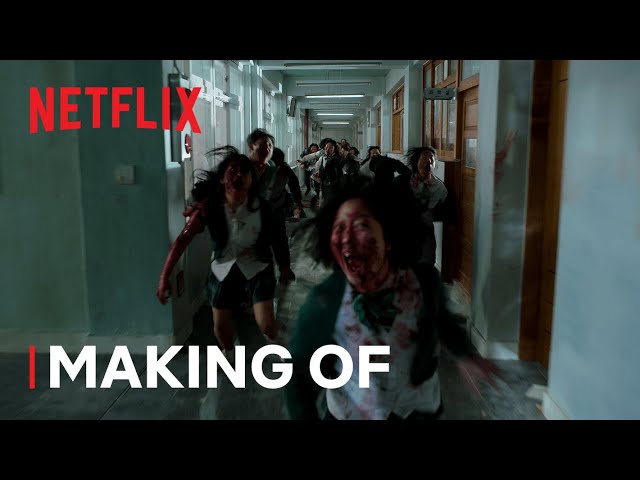 All of Us Are Dead | Making Of | Netflix Lim Jae-hyeok’s character is an aspiring singer, and the director challenged the actor to compose a song for the rooftop scene, where the students finally get some peace and quiet. Lim Jae-hyeok started composing the song with the lyrics “let’s go home” in mind as he thought that it would be what the students wanted the most amidst the countless setbacks they faced.

The campfire scene was Cho Yi-hyun and Park Ji-hu’s favourite scene, as mentioned in an interview with Netflix Korea, and we can totally see why. Since the series is set in a high school, the director cast new, young faces in order to make the series more realistic and relatable for the audience.

While the lesser-known actors enabled the show to be shot in a more genuine manner, they have since risen to fame after the release of this blockbuster series.

Meet the cast of the series in this video here: 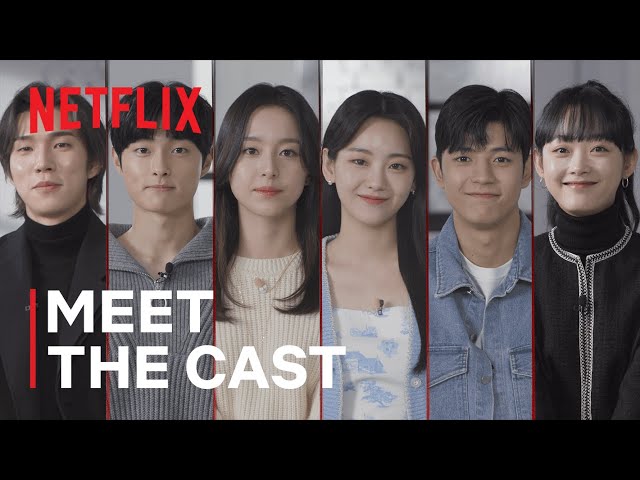 All of Us Are Dead | Meet the Cast | Netflix

11. The series took two years to film due to the pandemic The filming for All Of Us Are Dead took two years and was delayed mainly due to the Covid-19 pandemic.

After filming wrapped, the series was initially set to premiere in July 2021, but it was delayed again. Fortunately, it premiered in time for the Lunar New Year holiday in 2022. The first season left us with plenty of cliffhangers and question marks, and the possibilities for season two are endless.

Will there be a vaccine developed? Would it be exploited for potential warfare? How would humans survive in a world with half-zombies?

If the show’s popularity does inspire a second season, we won’t have to wait long before an official announcement from Netflix about the renewal status for All Of Us Are Dead.

All Of Us Are Dead facts you didn’t know about

All Of Us Are Dead has been holding its reign as the top Netflix series globally, and for good reason. The action-packed series is bound to make your heart pound, and your hair stand.

The artistry and professionalism behind the production of the show proves that this show is worth the watch, and we hope that these facts will help you appreciate the show even more. 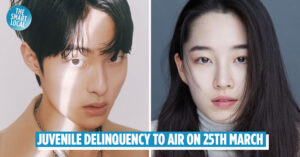 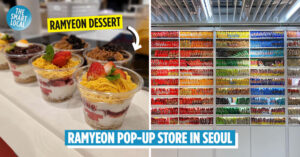