18 Again, a Korean drama based on the American movie 17 Again, just started airing on 21 September. Like its source material, 18 Again is a story centred on a man who, in the middle of his mid-life crisis, somehow gets transmigrated back to his 18-year-old body.

We managed to snag an interview with the main cast – Yoon Sang-hyun, Kim Ha-neul, and Lee Do-hyun – and find out more about what they were like as 18-year-olds, the dreams and regrets they have, and what they’d tell their younger selves.

18 Again also stars Hwang In-yeop, who’s slated to star in True Beauty, Golden Child’s Choi Bo-min, and Ryeo Un, whom you may recognise from the web drama The World of My 17 (소녀의 세계).

18 Again is now streaming on Viu, with 2 new episodes available each week. 1. What is your character like and how did you choose to portray them?

Yoon Sang-hyun (YSH): Hong Dae-young excelled in basketball even as a rookie, and he was a role model other looked up to. Despite that, he gave it all up for the sake of his family and lived only with them. I tried to portray a realistic image of the head of a family in his late 30s so that viewers can relate. Kim Ha-neul (KHN):  My character, Da-jeong, is a working mum who aspired to be a news anchor. She achieved this dream, albeit later than her peers. I wanted to express the Da-jeong who has a warm yet “broken” personality. Even though life is hard as a working mother and a rookie news anchor, she manages to balance both things.

As the script expressed Da-jeong’s feelings and inner world so well, I didn’t have to do a lot to prepare in order to immerse myself in the role. Since I acted as a news anchor, I had to learn about vocal tones and how to speak well. I think this was the hardest part of acting as Da-jeong. Lee Do-hyun (LDH): Hong Dae-young is a 37-year-old who returns to his 18-year-old heyday and lives under the name of “Go Woo-young”. Although he looks like a teenager, he’s actually 37-years old. Hence, it was not easy to live like a teenager again.

I tried to look like the older Hong Dae-young as much as possible. I got a sense of my character by going through the script repeatedly with Yoon Sang-hyun and the director, and I also tried to pin down the characteristics of Sang-hyun’s Hong Dae-young.

In order to portray the Hong Dae-young who has 2 children, I studied the mind of a father’s and the life of the head of a family while seeking advice from various senior actors.

YSH: As it is my first return to the small screen in two years, I wanted to present a new side of myself that the audience has never seen before. The drama portrays realistic aspects of everyday life and the audience will be able to resonate with that. I am sure that parents would gain comfort from watching the drama. YSH: I was a boy filled with dreams and loved music and the arts.

KHN: 18 is the age I want to go back to the most. I met my precious friends at that age, hence I have the most memories from back then. When I think back about that time, I think about hanging out with my friends while we were in our school uniforms.

LDH: I was an ordinary high school student. I liked to exercise, hence I enjoyed working out during lunchtime and after school. YSH: “It is okay to do whatever you want. You can dream as much as you want.”

KHN: “You’re doing well. And like how you’ve written a lot of diary entries back then, always keep your diary filled with lots of hopeful stories. If you stay determined, you’ll have a good future.”

LDH: I want to tell myself to enjoy my school days more. It’s a pity that I missed spending time with friends and living the life I could only enjoy in those days because I didn’t have much interest in anything else other than exercising. 5. What goals did you have as an 18-year-old and did you manage to achieve these goals? Do you have any regrets?

KHN: At that time, both my friends’ and my biggest goal was to go to college. Therefore we worked hard to make it happen!

LDH: I don’t think I had a clear goal. If I do regret anything, I think it would be not having had a more diverse lifestyle.

6. If you were given the chance to become 18 again, what’s the first thing you’d do?

YSH: I will go on a tour of Korea on foot. I want to explore hidden attractions in Korea that boast various cultures, food, and outstanding natural scenery.

7. In your opinion, what’s the best part of 18 Again and what should viewers look forward to?

YSH: The key point of this drama is how the love for our family should be kept closest to our hearts and cherished. It is also a story about the emotional growth of a man who has matured physically but not mentally. It’s a drama that is bright and fun, but manages to ask serious questions about life.

KHN: It is the importance of family. It’s easy to forget that when we are with our families often, but this drama will remind you of the preciousness of your loved ones. It’s a drama that everyone can relate to, regardless of age or gender. I’m sure everyone will be able to feel the warmth of the drama.

8. What should fans of Lee Do Hyun look out for in 18 Again? Any scenes that you’re proud of?

LDH: I think it’s my synchronisation with Yoon Sang Hyun. I think they should be looking forward to seeing an overlap of the roles we play.

The latest drama stills from JTBC hints at a heart-fluttering confrontation between Go Woo-young and Jung Da-jeong after the 2 kissed in the last episode – we can’t wait to see what happens next. 18 Again is now airing twice a week and you can stream it on Viu. 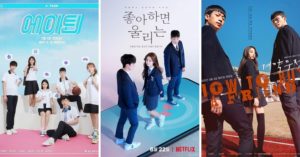 14 Korean School Dramas That Will Have You Wishing For A Handsome Oppa In Class
New Samcheong Baskin Robbins Store In A Hanok Brings Newtro Flavours To You For The... 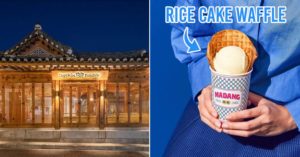