Similar to the heated mint chocolate debate, coriander sparks conflict between those who enjoy the pungent scent and unique taste of the herb, and those who frown upon its soapy taste. The recent opening of Won Hyeong Deul, a dessert bar located in Seoul, captivated the attention of many netizens because of one item on its menu – coriander cake.

The idea of incorporating coriander into cake is so unusual that even coriander lovers may find it difficult to wrap their heads around it. At first glance, you’d think that this is a savoury 1950s-style dish decorated with coriander leaves. But upon closer look, you’ll notice that it is, indeed, a cake covered in coriander cream. After slicing it open, you’ll be greeted with grapefruit cream filling on the inside of the cake. Surprisingly, the combination of coriander and grapefruit – another love-it-or-hate-it ingredient – cancels out the worst of each other. Sometimes, the grapefruit cream is replaced with a lemon cream, but both citrus options work to mellow out the overwhelming taste of coriander.

The coriander cake has been gaining traction on Instagram, with many netizens quipping that even mint chocolate lovers won’t be able to deal with the odd combination of coriander and cake. However, those who have tried the cake were pleasantly surprised as it tasted better than they’d imagined.

Korean netizens react to the cake

Given the strangeness of the coriander cake, many Korean netizens were in two minds. Some were game to try the cake, while others were appalled.

In the adventurous camp, we have Instagram user @xong2_k, who commented, “I’m curious.” User @yejeon commented, “It should be possible for coriander lovers.”

Instagram user @hyeonsu898 tagged and challenged @hyxxnez, commenting “Do you want to try this together next year?” Regrettably – or thankfully – the cake is only available in Seoul, South Korea. If you are living in Seoul, or are planning to visit there in the near future, you can drop by Won Hyeong Deul and get a taste of their coriander cake (KRW15,000, ~USD13.13).

The list of peculiar and questionable food combinations is only going to get longer from here. Perhaps anti-fans of coriander might like this – if you never try, you’ll never know. 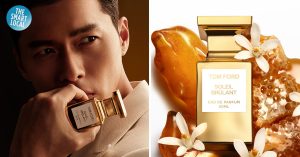