South Korea has nine provinces, and each province has its own dialect. The Seoul dialect, also known as the Gyeonggi dialect, is the standard Korean that you hear the most often.

This article focuses on the Busan dialect, also known as Busan satoori. Busan is the second-largest city in South Korea, and it’s part of the Gyeongsang province. Here are 10 Busan dialect phrases to learn so that you can relate to your Busan-born oppas when they start speaking in dialect whenever they get hyped up about something.

The word “마” (ma) in Busan dialect has the same meaning as the word “야” (ya) in standard Korean. You’ll commonly hear this in dramas when characters call out to each other. In English, it means “hey”.

Both 마 and 야 are used in an informal setting. It’s rude if you use them when speaking to elders.

마/야 is often used among friends. Instead of addressing them by name, you can simply use 마/야 to get their attention. “왜” (wae) translates to “why” in English. 왜 is used in standard Korean.

In Busan, “와” (wa) is used instead. It can be a little strange if you are used to the standard Korean, because “와” actually means “come” in standard Korean.

“뭐해?” (mwo-hae) translates to “What are you doing?” in English. This question is used in an informal setting. To use it in a formal setting, add “요” (yo) at the end of question, which gives you “뭐해요?” (mwo-hae-yo)

Listen to Jungkook yell “뭐하노!” in Run BTS! episode 112, when he copied RM’s answer and it turned out to be wrong.

뭐하노 can be easily confused with 뭐라카노 (mwo-ra-ka-no), as both sound similar. However, they have completely different meanings.

“뭐라카노” means “What did you say?” in the Busan dialect. In standard Korean, 뭐라고 (mwo-ra-go) is used instead.

BTS released a song named Paldogangsan, also known as Satoori Rap. In the song, the members rap in Gyeongsang, Jeollado, and Seoul dialects. Gyeongsang dialect encompasses both Busan and Daegu dialects, but do take note that there are slight differences between the two.

Pay attention to Jungkook and Jimin’s parts in the song if you would like to listen to how different the Busan dialect sounds compared to standard Korean. The question “뭐라카노?” is used in the song. Listen to Paldogangsan and see if you can identify it!

A few years ago, V and Jimin from BTS did a mini V LIVE episode on the differences between Gyeongsang dialect and standard Korean. V is from Daegu and Jimin is from Busan.

In the episode, V can be heard asking if Jimin has eaten in Gyeongsang dialect. As mentioned earlier, both Busan and Daegu are in the Gyeongsang region, and therefore, Busan and Daegu dialects are similar, with some small differences.

In English, it basically means “Is that the person?”

There is another variation of the question, this time with five characters: “가가 가가가?” It translates to “Is that person Mr Ga?”

You can hold an entire conversation in Busan dialect using just 가, which is fascinating. If you would like to listen to how the conversation can go, you should watch episode 216 of Video Star. In standard Korean, there are several ways to ask “Really?”

살아있네 (sal-ah-it-ne) is a commonly used term in Busan dialect.

In Busan dialect, 살아있네 has 2 meanings – “alive” and “awesome”.

The literal meaning of 살아있네 is “alive”. When used as a slang word, it means “this is awesome”. In standard Korean, 감사합니다 (gam-sa-hab-ni-da) is used to say “thank you”.

As for 오랜만입니다, which means “It’s been a long time” in standard Korean. However, it becomes 오랜만입니데이 in Busan dialect. Because of Sunmi’s iconic song Gashina, you may already be familiar with this term.

However, the term can have a negative connotation, and should be used only if you’re comfortable with the person you’re talking to.

In Sunmi’s song, there’s a line that goes “왜 예쁜 날 두고 가시나?” (wae ye-beun nal du-go ga-shi-na), which translates to “Why are you leaving a pretty girl behind?”

However, 가시나 has two different meanings in the song. There is a line that goes “내 몸에 가시가 났다”, which means “thorns grew on my body”. So, it can also refer to “thorns”. In Busan dialect, 음식 (eum-shik), which means “food” in standard Korean, is pronounced “엄식” (eom-shik) instead.

Also, there are several food items that are pronounced differently in Busan. For example, kimchi is pronounced 짐치 (jim-chi) in Busan dialect. 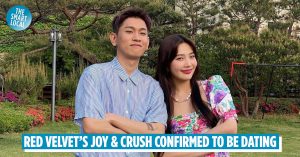 Red Velvet’s Joy & Crush Confirmed To Be Dating, Remained In Touch After Collaborating On Mayday
Naver Webtoon Teams Up With HYBE To Create New BTS Comics 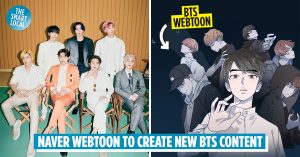