On 1st October, Yonhap news reported that BTS’ Jin will be singing the main theme song for the upcoming mystery drama Jirisan. ARMYs are beyond stoked upon hearing the news as this marks Jin’s first solo OST.

BTS Jin to release a solo song for Jirisan According to AStory and MOST CONTENTS, the OST production companies of Jirisan, Jin will be singing the main theme song for the upcoming drama. His solo OST will be released in the middle of the drama, and the release date will be announced soon.

Jirisan is one of the most highly anticipated dramas of 2021. Lee Eung-bok, the director of Goblin and Sweet Home, partnered with Kim Eun-hee, the screenwriter of the popular Netflix series Kingdom, to produce Jirisan.

With the main theme song sung by Jin, a competent production crew and a star-studded cast featuring Jun Ji-hyun and Ju Ji-hoon, Jirisan undeniably has the full package. The drama is set against the backdrop of Jirisan, the second highest mountain in Korea.

Jirisan revolves around two protagonists, Seo Yi-kang and Kang Hyun-jo. Both are park rangers who care for the safety of mountain climbers. Seo Yi-kang, played by Jun Ji-hyun, has years of experience. On the other hand, Kang Hyun-jo, played by Ju Ji-hoon, is a rookie park ranger. Although his level of competence and skills can’t match up to Yi-kang’s, he has a private story that spurs him on to become a park ranger.

As Yi-kang and Hyun-jo work as park rangers, they begin to realise that Jirisan is full of mysteries. While some mountain climbers make it down alive, there are others who take their own lives on the mountain – worse, some are mercilessly murdered.

BTS Jin to sing the main ost for Jirisan

Jirisan is a specially produced drama in celebration of tvN’s 15th anniversary, and Jin’s solo OST is about to make the drama even more extraordinary.

The first episode of Jirisan will air on 23rd October on tvN, 9PM KST. International viewers can also catch the series on iQiyi. 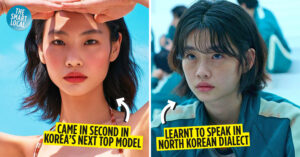 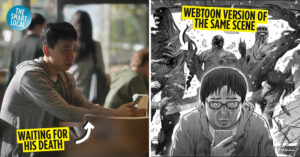