We’ve seen many spectacular movies, dramas and entertaining variety shows released from May 2020 till April this year. Amongst the many contenders nominated, only some are shortlisted as potential winners in the 57th Baeksang Arts Awards.

If you missed the awards ceremony, check out the list of winners below. Winner: Shin Ha-kyun in Beyond Evil

Winner: Kim So-yeon in The Penthouse: War in Life

Winner: Oh Jung-se in It’s Okay to Not Be Okay

Winner: Lee Seung-gi from SBS’ Master in the House and Netflix’s Busted Season 3

Winner: Jang Do-yeon from MBC’s I Live Alone and JTBC’s Don’t Be the First One!

Winner: MBC’s How Do You Play? Winner: Jeon Jong-seo in The Call

Winner: Choi Jung-woon in Moving On

Winner: Park Jung-min in Deliver Us from Evil

Winners of the TikTok Popularity Award were decided based on fan votes over TikTok from 3rd May to 10th May 11:59PM KST. Over 45 million votes were cast by fans to vote for their favourite star.

Here are the winners. About 1.3 million votes were cast for the beloved second male lead of Start-Up – Kim Seon-ho. The efforts of his strong fanbase, Seonhohada, have paid off.

Seon-ho made his small screen debut in 2017 with a supporting role in Good Manager, and he soon took up his first lead roles in Strongest Deliveryman and Two Cops. His performance in Two Cops bagged him two awards in the 2017 MBC Drama Awards – Excellence Award, Actor in a Monday-Tuesday Drama and Best New Actor. He was also nominated for the Best New Actor in the KBS Drama Awards that same year for his role in Strongest Deliveryman.

More recently, in 2020, he won the Rookie Award in the Show/Variety Category at the KBS Entertainment Awards for his participation in 2 Days & 1 Night, a variety show that recommends places in South Korea to visit. 2 Despite her recent controversy with her then-boyfriend actor Kim Jung-hyun, where she had allegedly asked him to amend scenes in the drama Time so that he would have minimal physical contact with the female lead, Girls’ Generation’s Seohyun, Seo Ye-ji came out tops as the Most Popular Actress.

Since her sitcom debut in 2013 with Potato Star 2013QR3, she has been praised for her acting skills. She later landed the lead role in the cult-thriller Save Me. In 2020, she gained even more recognition of her portrayal of a children’s book author, Go Moon-young, in tvN’s It’s Okay to Not Be Okay.

Congratulations to all the winners of this year’s Baeksang Arts Awards – their efforts have surely not gone unnoticed. We can’t wait to see what’s in store for them in the future, and how the Korean TV and film industry will change after this.

For more articles about K-drama and K-movies, check out: 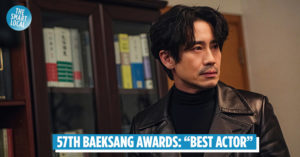 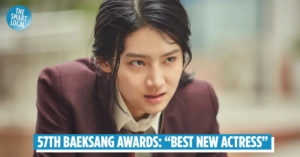