On 13th September, JTBC News reported that Kim Seon-ho and Yoona will be the main characters of an upcoming rom-com movie titled Two O’Clock Date. With Kim Seon-ho’s adorable dimple and Yoona’s angelic smile, it looks like the two are set to become a power couple that will flutter the hearts of many. Yoona will play the role of a woman with an unimaginable secret, while Kim Seon-ho will take on the role of a man who lives a floor above her. Two O’Clock Date will be directed by Lee Sang-geun, the director behind the hit movie Exit, starring Yoona and Jo Jung-suk. The movie garnered more than 9 million viewers. According to JTBC News, Kim Seon-ho immediately expressed keen interest in being a part of Two O’Clock Date and did not hesitate to accept his role after reading the script.

Filming may begin in March 2022

JTBC News has reported that filming for Two O’Clock Date will most likely begin in March 2022.

Now that the main characters are confirmed, expectations surrounding the movie are high as many netizens look forward to the on-screen chemistry between Kim Seon-ho and Yoona. Although it’s the first time Kim Seon-ho and Yoona are acting together, it’s certainly not their first time working together. Last year, the two co-hosted MBC Music Festival and played off each other’s lively energy and professionalism.

Filming for Two O’Clock Date has yet to begin, but we are already excited to watch Kim Seon-ho and Yoona in action. Kim Seon-ho has been on a roll with hits after hits, and his latest K-drama Hometown Cha-cha-cha has been a favourite amongst K-drama fans. He’s currently in talks to make his movie debut in Sad Tropics, and we can’t wait to see his performance.

Likewise, Yoona’s acting career is constantly on the rise. She will be acting alongside Lee Jong-suk in an upcoming law drama titled Big Mouth, where they will play a married couple. 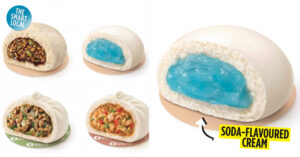 GS25 To Launch A Soda-Flavoured Steamed Bun, Looks Like Toothpaste Stuffed In Bread
BTS In The Soop 2, A Healing Reality Show About The Band’s Everyday Life, To... 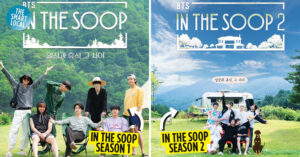