Oh Jung-se’s not resting on his laurels – the two-time Baeksang Best Supporting Actor winner will be taking on a new challenge: starring as the main lead in the Korean drama remake of BBC’s Uncle.

A slice-of-life drama with relatable themes Uncle tells the story of an amateur musician who is pushed to take care of his nephew after getting blackmailed by his sister. The storyline will also touch on heavy themes such as mental health and social inequality, and viewers will be able to follow the characters’ journey of personal growth.

The Korean remake of Uncle will take place in an apartment estate, Royal State, in the affluent Gangnam district.

This drama will be helmed by screenwriter Park Ji-sook, who worked on My Blooming Days. It will be directed by Ji Young-soo, who previously worked on Beating Again.

The cast of the Korean drama Uncle Oh Jung-se will be playing Wang Jun-hyuk, the rookie musician who takes custody of his nephew after his sister divorces her abusive husband. He experiences a steep learning curve as he struggles to take care of his nephew, who is diagnosed with anxiety and obsessive-compulsive disorder.

Jeon Hye-jin will play Jun-hyuk’s sister, Wang Jun-hee. She bumps into her ex-husband and mother-in-law after moving into a new neighbourhood, and she tries to avoid them as much as possible because they are attempting to steal custody of her son. We last saw Jeon Hye-jin in Stranger 2 as Choi Bit, the former head of the Namyangju Police Station, who later got promoted to the Chief of the Intelligence Bureau. Lee Sang-woo, Park Sun-young, and Hwang Woo-seul-hye will be playing residents of Royal State, and the show also will touch on their respective struggles and how they overcome them.

Lee Sang-woo will be acting as Joo Kyeong-il, a widower taking care of his daughter after his wife’s passing. He is well-loved by the neighbours as he has a warm character. Lee Sang-woo last acted as the owner of Bin’s Surfing & Rara’s Ramen in Netflix’s Lovestruck in the City.

Hwang Woo-seul-hye will act as Hae-ryeong’s right-hand woman, Kim Yu-ra, who has a rocky relationship with her mother-in-law. Hwang Woo-seul-hye previously acted as a member of Se-ri’s family in Crash Landing on You.

We are brimming with excitement to see a Korean spin on BBC’s Uncle, especially since it’ll star Oh Jung-se, who has won 2 Baeksang awards, back to back.

For more K-drama news, check out: 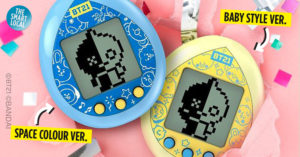 BT21 Tamagotchi Launches Pre-Orders Today, ARMYs Can Have Their Favourite BT21 Characters As "Pets"
9 Gong Yoo Movies To Binge On After You've Watched “Seobok”, Including The Iconic ‘Train... 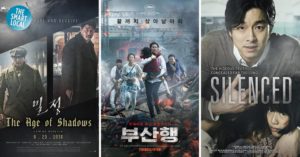