BT21 Tamagotchi to be released this autumn

Anyone who’s grown up in the 1990s and 2000s know the Tamagotchi. While the electronic handheld device launched in 1996 that lets you take care of a digital pet is not widely seen nowadays, considering the myriad of other games we have on our fingertips, it remains one of the most beloved toys till today.

On 20th May, BT21 announced on their Instagram page that the BT21 Tamagotchi will be launched this autumn.

Understandably, ARMYs around the world are brimming with excitement about this new launch. Here’s all you need to know about the BT21 Tamagotchi. The BT21 Tamagotchi will have 2 versions: the “Space Colour ver.” and the “Baby Style ver.”

The “Space Colour ver.” is blue in colour, with yellow buttons. The “Baby Style ver.” has the colour scheme reversed, with a yellow exterior and blue buttons.

Not much information has been released regarding the functions of the Tamagotchi, but it can be assumed that it will be similar to the original Tamagotchi. Take care of your BT21 character well and see it evolve. Each BT21 character will have their own unique characteristics and behaviour.

These are some actions that you can expect from each character:

There are also features that are unique to the BT21 Tamagotchi. The BT21 characters are able to dance, bake, explore space, and take photos.

Where to buy the BT21 Tamagotchi

The BT21 Tamagotchi is available for pre-order in Korea.

To pre-order the BT21 Tamagotchi, you will need to create an account on Bandai Mall’s Korean website. One ID can only purchase up to 5 Tamagotchis.

You can pre-order the BT21 Tamagotchi on the Korean website from 20th May to 20th June. The Tamagotchis will be shipped in September.

Unfortunately, there is no worldwide shipping option, so for those staying outside the country, you might want to get a friend to buy it for you, or engage a concierge service to do so.

The BT21 Tamagotchi is an unexpected surprise. Hopefully, BT21 will make it available in many other countries so that ARMYs around the world have the chance to buy it. 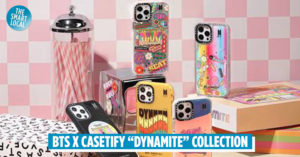 BTS & Casetify “Dynamite” Collection Will Be Out On 31st May, Includes iPhone Cases & More
Korean Remake Of BBC's "Uncle" Confirms Cast With Oh Jung-se As The Main Lead 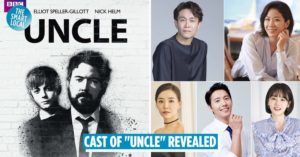