Baeksang Awards’ “Best New Actor” is definitely booked and busy. On 8th July, it was confirmed that Lee Do-hyun will play the male lead in Melancholia, an upcoming drama that will air in the 2nd half of 2021. If you’ve been missing him since Youth of May ended, you won’t need to wait long to see him on screen again.

A drama about a math genius

Melancholia is about a math teacher and a student who is brilliant at mathematics. Not much has been revealed about the plot of the drama, but it will be set in a private high school full of bias and corruption. Lee Do-hyun will take on the role of Baek Seung-yoo, a quiet student who doesn’t really fit in with the rest. He does poorly in school and is ranked last place in terms of academic performance.

But Seung-yoo has a mysterious past. When he was 10, he entered the Massachusetts Institute of Technology (MIT), a top university in the US, after competing in several Math Olympiads. Strangely, he disappears at the age of 12, only to re-emerge as a high school student with poor grades. Im Soo-jung will be starring alongside Do-hyun in Melancholia. She will play the role of a high school math teacher named Ji Yoon-soo, who has a charming smile and a girly personality. She can become very determined when it comes to pursuing what she wants. She is also passionate about math and strives to be a good math teacher.

Ji Yoon-soo and Baek Seung-yoo will find themselves fighting against the corruption in the school.

The plot of the drama is interesting and unique, and we’re looking forward to seeing Lee Do-hyun play the role of a math genius.

Do-hyun is currently in talks to star in Hounds, an action drama based on a webtoon. 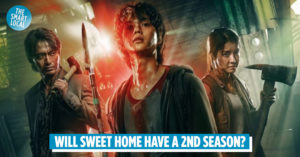 Sweet Home Season 2 Reportedly In The Works, Drama May Air In 2022
Heechul & TWICE’s Momo Reportedly Broke Up After A 1.5-Year Relationship 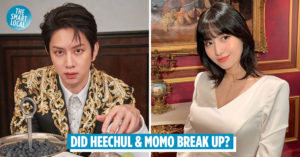